Russell Reynolds Associates contacted us to re-design and refurbish its office in Green Park, London. The brief entailed creating a bright and welcoming working environment, introducing a multitude of zones for different tasks, and configuring the space to accommodate the company’s growing team. Additionally, the company wanted a feature staircase to connect the two floors occupied by its employees. 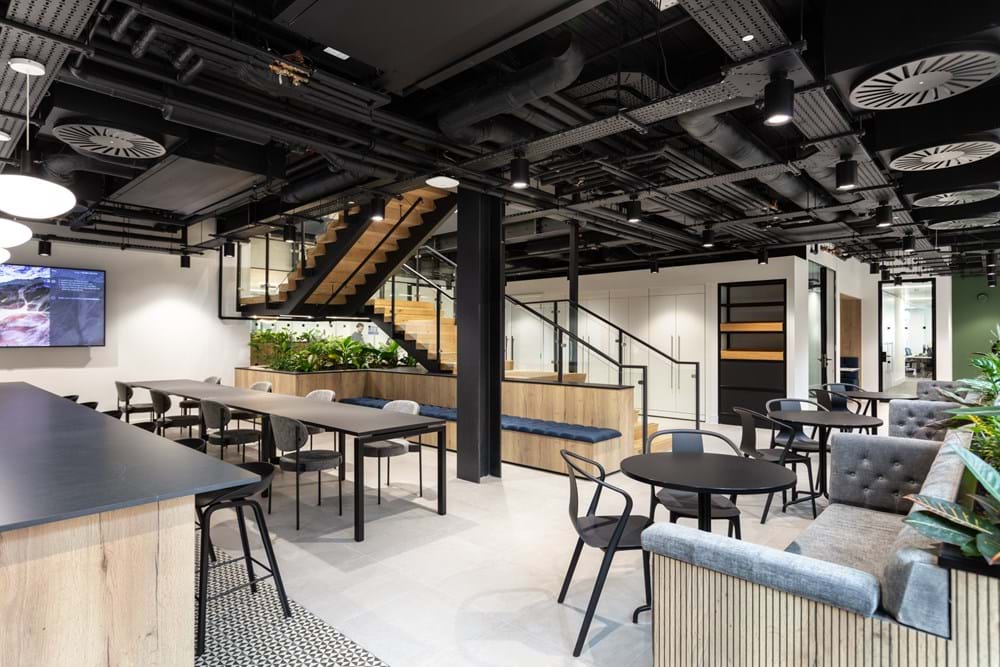 To make the space more welcoming, our London office designers started by bringing more natural light into the building. Previously, private meeting spaces lined the windows, which blocked out the sunlight and resulted in a dark working environment. The solution was to move these private areas to the middle of the space and, in their place, introduce desks in an open plan arrangement. This allowed far more light into the building, making for a bright, vibrant working area. 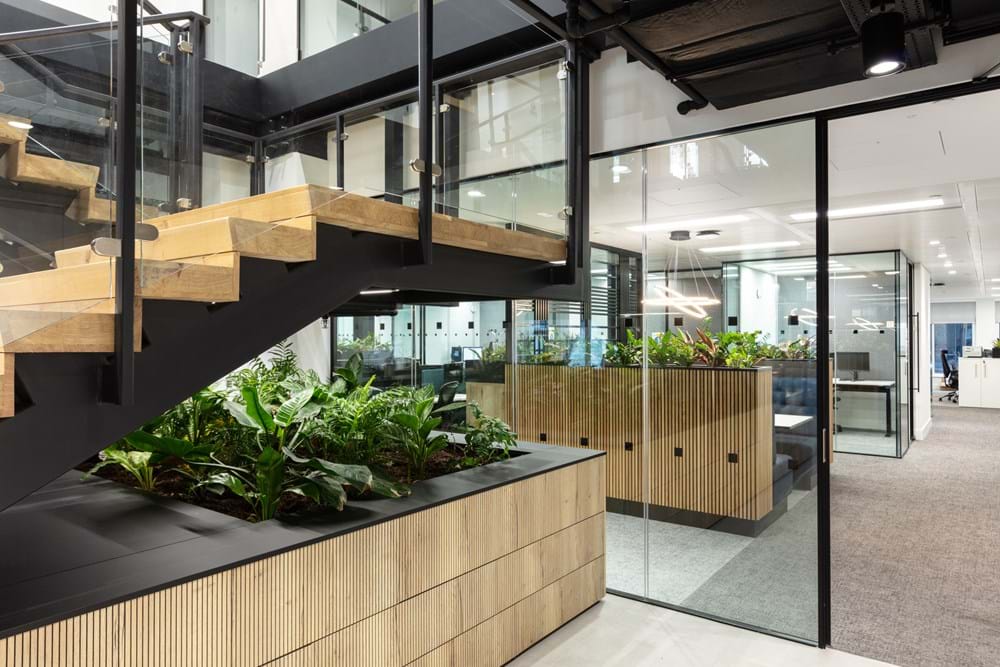 The hidden drawers within the staircase

To create the new feature staircase to connect the two floors, we used aluminium for the metal frame to ensure it was both sturdy and durable. For the steps, we used real wood and coated them with a special polish to prevent marks and damage. Furthermore, hidden drawers were integrated within the staircase for additional storage.

The focal point at the centre of both floors is now a big feature breakout area. Our designers decided to introduce soft wood finishes to break up the minimalist monochrome aesthetic throughout the breakout area - just as they did with the booth and collaboration areas.

The banquet seating in the main breakout area

Another part of the brief was to relocate the company shower rooms to fit in with the new layout of the open plan office. Through intelligent space planning, we managed to place the shower rooms closer to the entrance for team members who like a post-workout shower after the gym. The new shower rooms also include wheelchair access and were built with slip-resistant tiles.

With the help of Modus, Russell Reynolds Associates now has a cutting-edge London office that’s suitable for present and future working operations. The multiple work zones will undoubtedly improve productivity, while the new staircase not only connects the two floors but brings a striking new feature to the space. 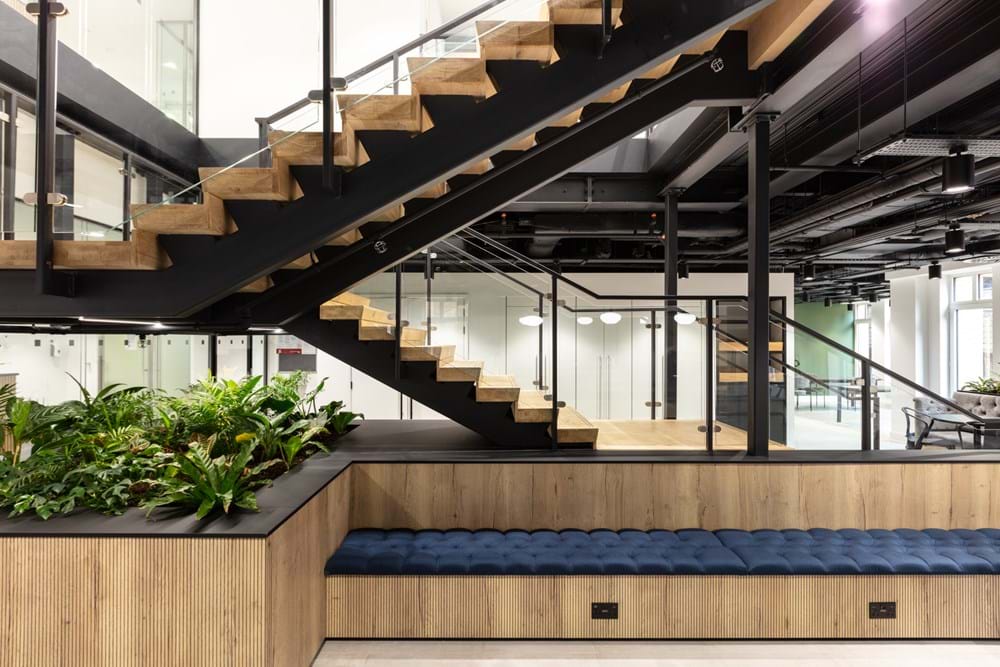 Bespoke bench seating within the staircase

We were delighted to be selected by Russell Reynolds Associates’ to carry out its workspace refurbishment, which will undoubtedly help the company to strengthen its position in the consulting industry.

You can view the full case study here.

To view some of our recent similar case studies, please click here.