The big design moves that can boost creativity at work

Alongside easy, inexpensive design ideas to encourage innovative thinking, major investment in landscaping, interior remodelling and art works can be a spur to creative step change, according to neuroscience research.

Raise the ceiling (but not too high)

If your ceiling heights aren’t ten feet tall, at minimum, try popping them up higher (Meyers-Levy and Zhu, 2007; Zhu and Mehta, 2017). Be careful with ceiling height though; one that’s too high will bring to mind spaces such as classical rotundas and cue more formal behaviours, which are unlikely to align with creative/innovative thinking.

One space for groups to gather for creative work is great, but multiple spaces can be even better as research shows that sometimes just relocating from one space that supports creative thought to another can spur desired ways of thinking (Nicolai Klooker, Panayotova, Husam and Weinberg, 2016).

Also, it’s important to keep in mind that for different activities crucial to the creative process, different sorts of environments are best – so a set of areas, each tuned to support specific creative behaviours (from  solo thinking to group model building to freewheeling, no-holds-barred group discussions or something else) are just what the creativity  doctor would order (Martens, 2011; Thoring, Mueller, Desmet and Badke-Schaub, 2018). 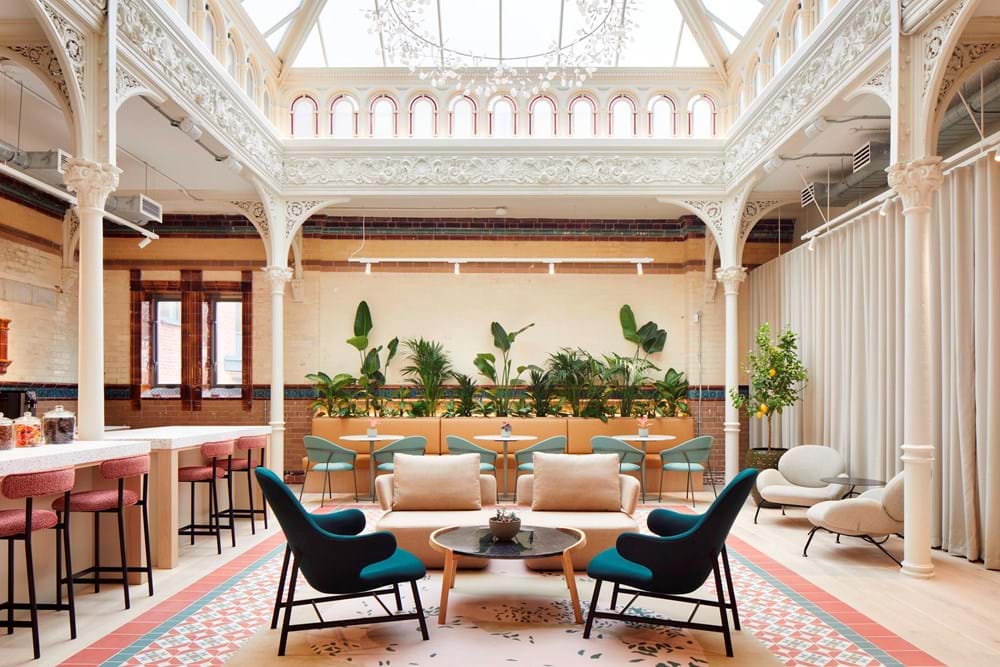 Thoring, Desmet and Badke-Schaub (2018) share that ‘The flexibility of a space or its furniture is important in allowing for different creative activities. A space’s capacity to change from one type to another with minimal time and effort determines its flexibility. Moreover, for a smooth workflow it is helpful if the different types of spaces are aligned next to each other or within short walking distance… intermission spaces such as cafés or hallways might enforce accidentally running into each other, which might also support the exchange of information. The strategic placement of central objects, such as copy machines or water coolers, could facilitate social interactions.’

Locating groups near to each other when their interactions are likely to boost organisational creativity can also be highly desirable (Allen and Henn, 2007). Groups working near each other are more likely to get their morning coffee from the same machines, for example. 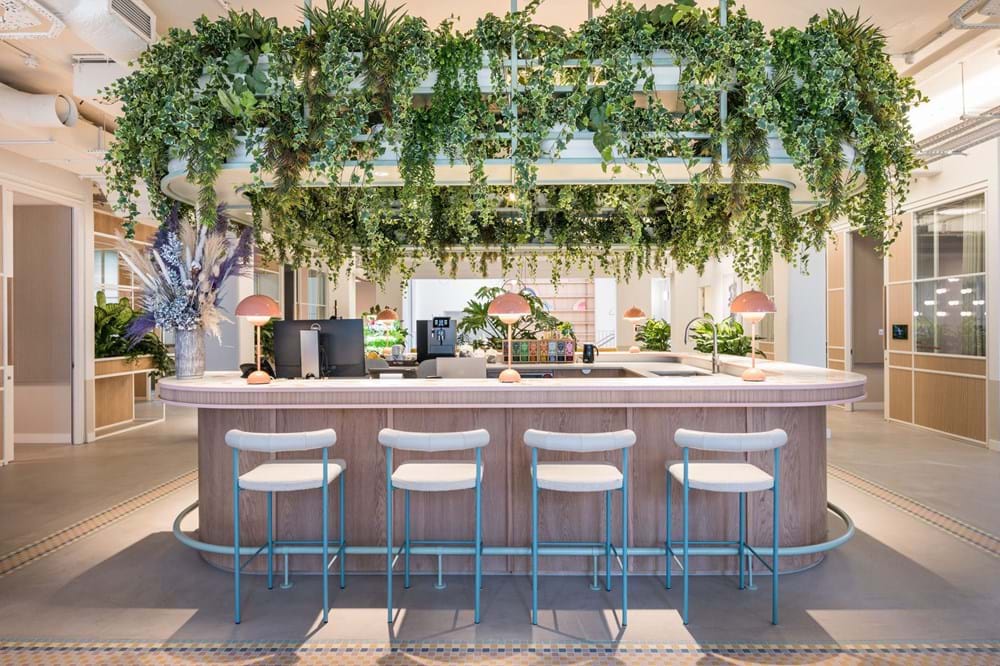 Adding opportunities for walking, indoors or outside, is good for innovative thinking (Oppezzo and Schwartz, 2014).  Walking paths outside in nature are an easy-to-imagine alternative; creating an indoor walking path, perhaps passing by artworks or something else that encourages exploration, particularly along curving routes, can work just as well as outdoor paths.

If resources allow, altering architecture to provide views of nature areas (which may also, of course, require landscaping the viewed nature areas) can be a real plus (McCoy and Evans, 2002; Gifford, 2014; Meinel, Maier, Wagner, and Voigt, 2017).

Looking at nature through windows is important for maintaining our mental energy levels. When these are depleted, our efforts at creative thinking are doomed (Veitch, 2012). Looking at green roofs has also been tied to creativity (Loder and Smith, 2013), so a little neighbourhood coordination could come in handy for innovation. A less challenging way to ensure positive nature exposure is to install ‘grow’ lights near potted plants in work areas to help them stay healthy.

The power of art

When landscaping and similar options just aren’t feasible, adding art (An and Youn, 2018), particularly art showing nature scenes (Veitch, 2012) can be a good option;  it can spur creative  thinking.  There aren’t too many walls left on which visual art could hang in many offices, so it’s important to take advantage of every opportunity available. Art can be expensive, or not, even posters can give creativity a boost. 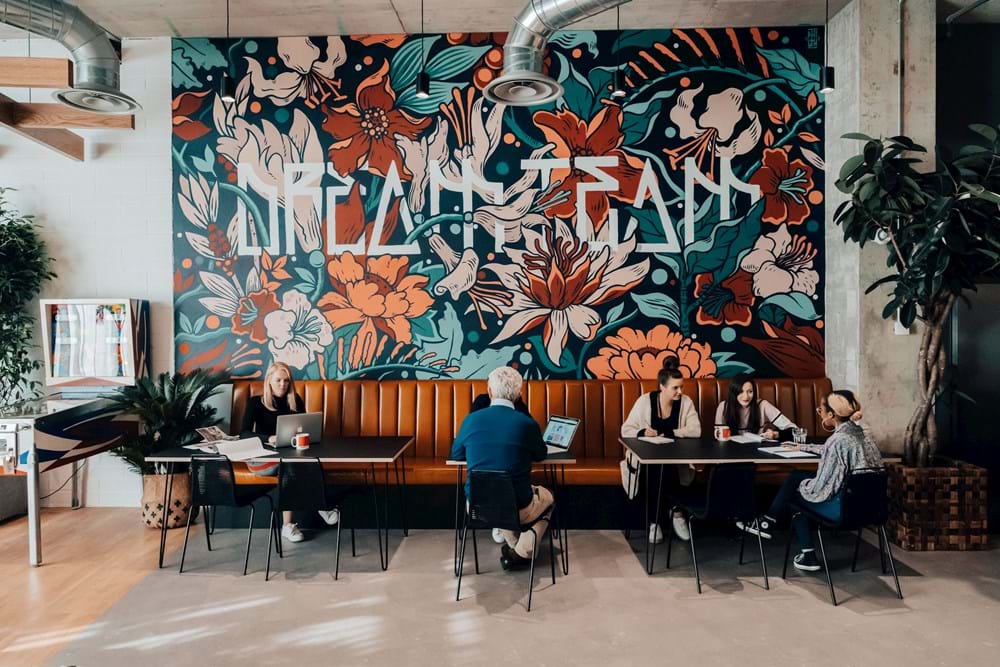 Recent research suggests that the relative number of curved and straight lines in a space influences creativity and innovation.  Wu, Lu, Yan, Chu, Wu and Yang (2021) report that ‘The results of a survey with makers in 15 makerspaces and two experiments indicated that a rounded physical work environment (Rounded-PWE) was more likely to enhance divergent creativity than an angular physical work environment (Angular-PWE), while an Angular-PWE was more likely to enhance convergent creativity than a Rounded-PWE.’ 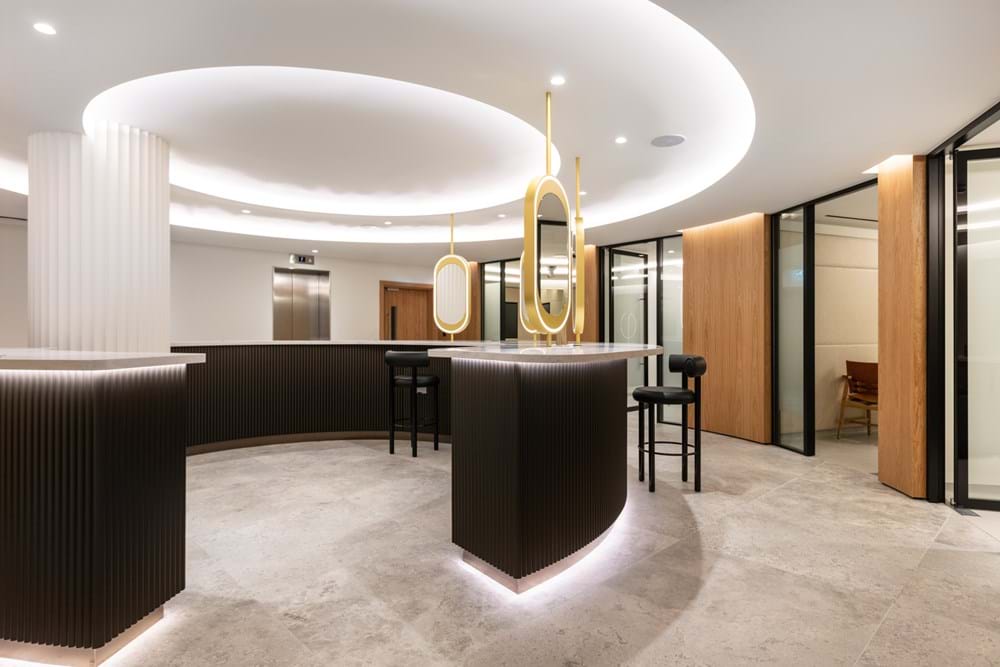 This article is based on a research piece 'The big design moves that can boost creativity at work’, authored by Sally Augustin, a practicing environmental design psychologist based in Chicago, for WORKTECH Academy. Workplace Futures Group is a Corporate Member of the Academy, which is a global online platform and membership organisation for the future of work and workplace design.