We’ve all taken different paths in life and Sean’s is even more unusual than most. We caught up with him to find out why he swapped out his original career choice, marine biology, to move into the design and build industry.

We’ve all taken different paths in life and Sean’s is even more unusual than most. We caught up with him to find out why he swapped out his original career choice, marine biology, to move into the design and build industry.

What made you leave marine biology behind?

I was ready to switch it up. I’d been working in Africa and Canada in marine biology but when I returned to London, it just didn’t feel right. I knew that if I wanted to continue in that industry, it would be a very different career path.

I was 24 when I first joined Modus, back in the summer of 2004. A good mate got me in front of the Managing Director at the time and I guess they saw something in me.

Can you give us the rundown of your roles and career progression so far at Modus? 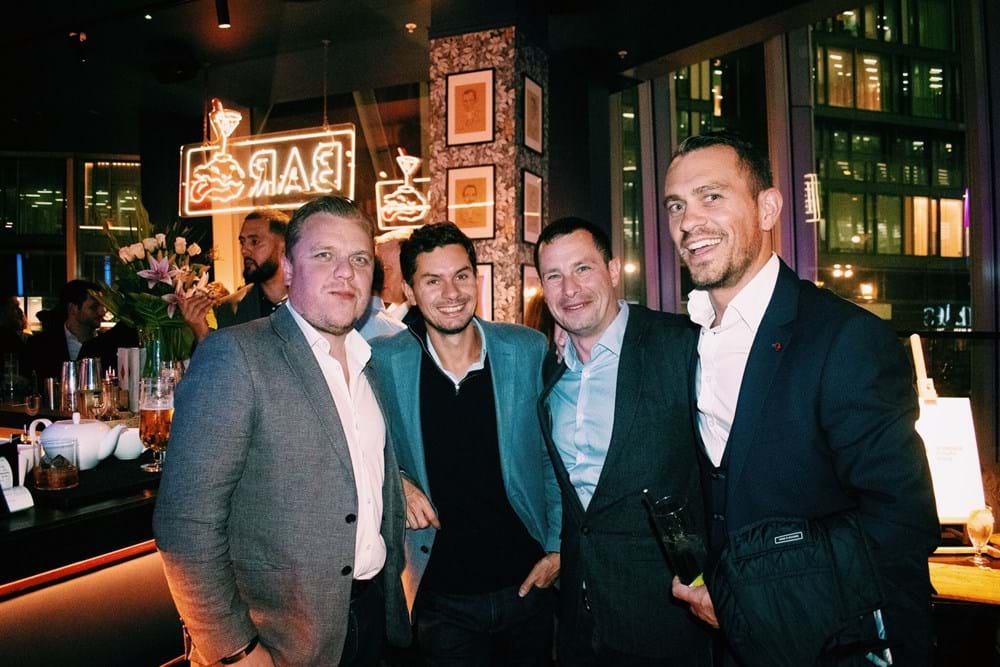 A thirsty Thursday catch up with the WFG team (Sean is far right!)

Why have you stayed at Modus and within the construction industry for so long?

It comes down purely to my career progression. Without that I don’t think I would have stuck around. I’ve not once been bored because I genuinely am never in the same role long enough to get tired of it.

It also helped massively that my managers have always been big believers in me, often more than myself at times. I’ve often been pushed into roles and responsibilities before I felt I was ready, but it has all worked out for the best!

What was your biggest leap of faith?

When I took the leap from project managing smaller jobs and then much large jobs. It can be a hugely demanding, fast paced job involving a diverse, different set of skills to what I had previously acquired. As soon as you step up to working on larger jobs, the processes, protocols, and schemes take on a whole new skill level.

Modus and my managers at the time saw something in me and had a huge amount of faith that I had these skills in abundance. More recently, I’ve been jumping in on pitches and helping the team out with winning new business, which has been a lot of fun.

What has been your biggest challenge?

Working with large professional teams, managing people, and maintaining expectations have been challenging at times. Everything needs to be precise and recorded. This also means that instead of having one client, you have a QS, an MEP consultant, PMs, and you may even have other consultants on the scheme that you are required to be across at all times. It’s a huge amount of responsibility, involving putting on multiple hats and working with a variety of different suppliers and vendors.

What projects are you most proud of completing?

Octopus investments was a standout for me as I won this job. The works were extensive as we went from a CAT A to CAT B space as well as a tenant fit out in 14 weeks. It was a collaborative project with an architect, which can be a sometimes difficult dynamic to balance. 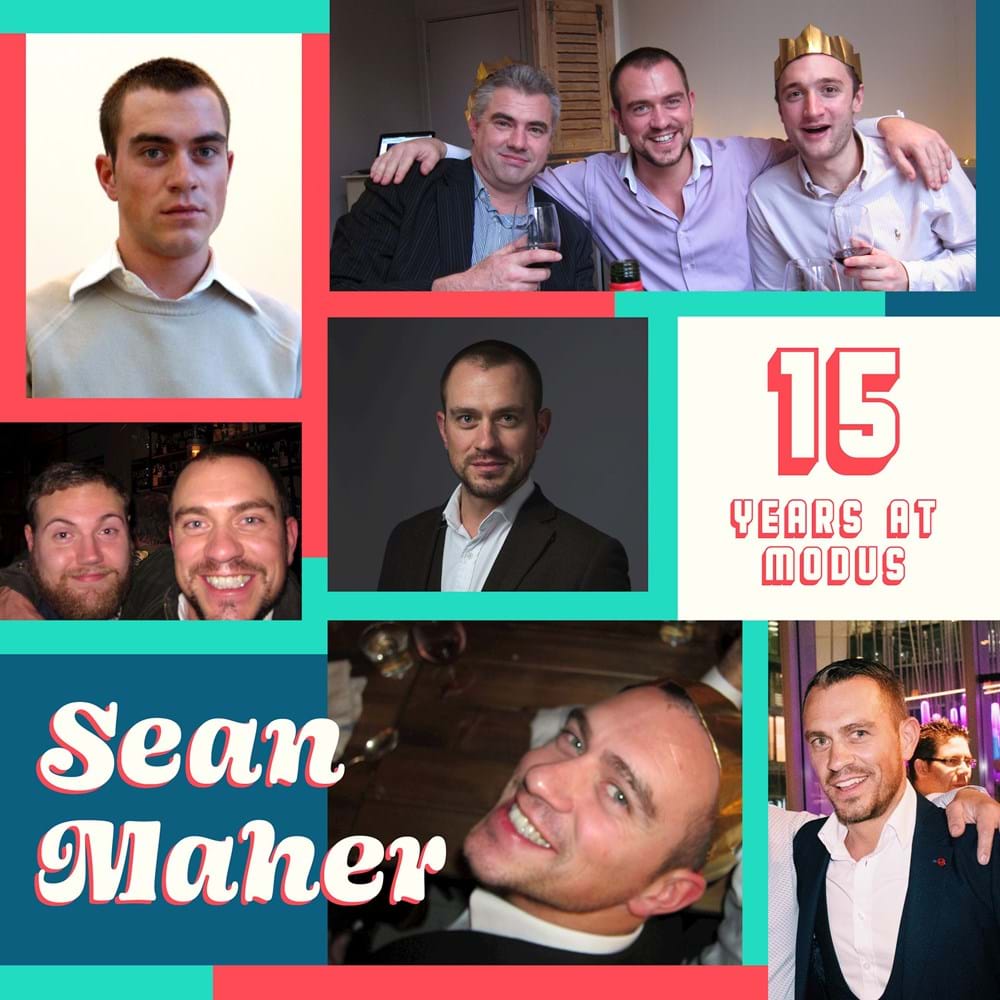 A snapshot of Sean's journey so far at Modus!

How would you explain what your relationship with Modus has been like?

I really do feel like Modus has given me the opportunity to grow. I’ve been here for over 15 years and the culture has always been to empower our team, allowing us to work with the client to make major decisions. You don’t get handheld, you are given the authority and trusted to make decisions because we ultimately understand our clients and their needs. I’ve always felt hugely trusted in what I do.

How do you think Modus has changed and evolved?

Over the years I have been given an increasing level of freedom, responsibility, and empowerment to deliver jobs how I see fit. We have a saying at Modus that people join Modus to do their best work, I feel like this saying has remained true throughout my career here.

Why do you think people stay at Modus as long as they do?

For me personally, it has been career progression and knowing what I want. I’ve been lucky to work closely with Toby and Matthew who are both great to work with. I’ve always felt that I can go up to them and talk to them about any problems I am having, and you can be guaranteed that they will give you meaningful advice. As Toby is the founder and still heavily involved in jobs, he understands how to solve these problems better than anyone else.

So, what’s next then?

That’s exactly what I’ve been wondering. Right now, I’m not 100% sure but if there is one thing you can be sure of with me, it’s that I tend to get itchy feet, so watch this space!